Master the Magic of Set Design

“I think magic is made all the stronger when it grows out of something real“
– Stuart Craig, Production Designer

The person in charge of designing a set for a film is called a Production Designer. Stuart Craig, who was the production designer for all eight Harry Potter films, would start by creating an initial sketch or ‘doodle’. After refining with the Director, a concept artist would create a fully formed concept artwork for all departments to use as further inspiration for their designs. 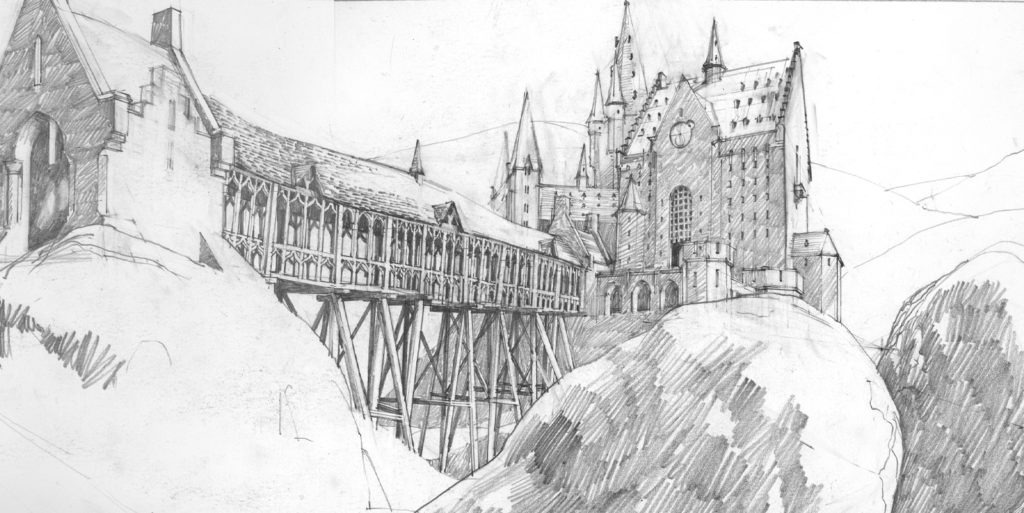 Once approved, the Art Department create plans and elevations which will be used by the Construction Teams to use to build the sets. 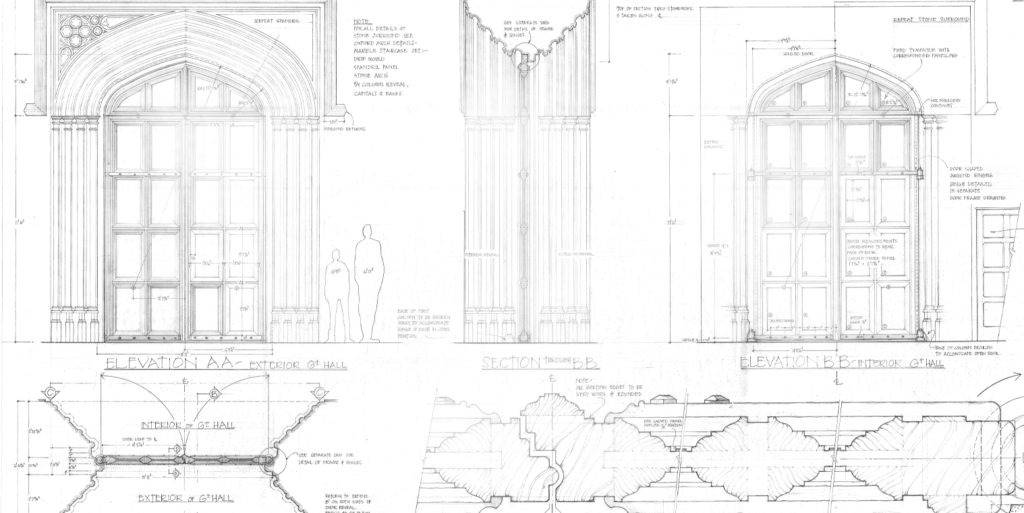 Finally, a white card model is made to ensure that the Director is happy with the design, but also so they can plan their camera angles using a lipstick camera. After each stage of planning has been approved, the set is finally built. 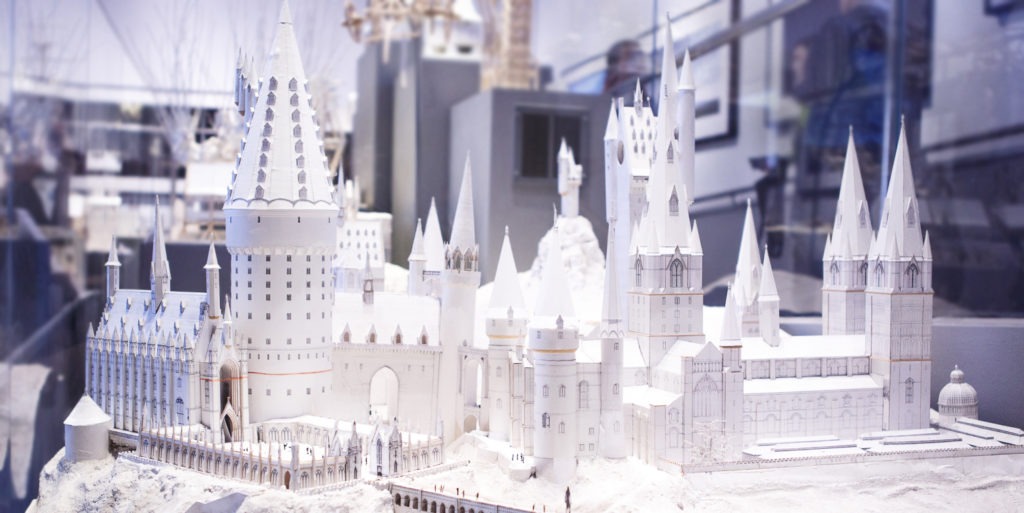 The last stage in creating a set is to make it look lived-in. Set Decorators helped to show Hagrid’s character with the use of simple furniture and animal crates. 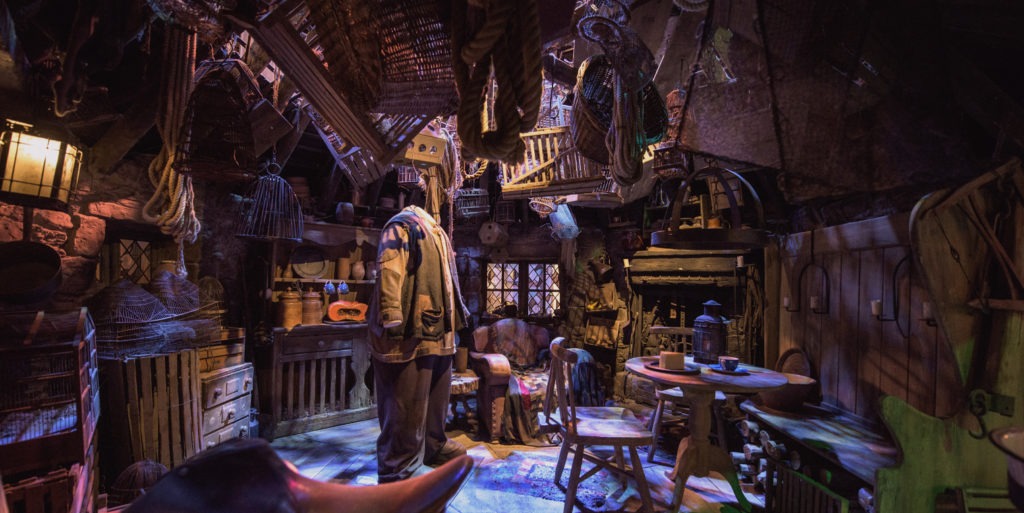 Now it’s your turn to design a set. In order to do this, you need to make the following decisions about your film: 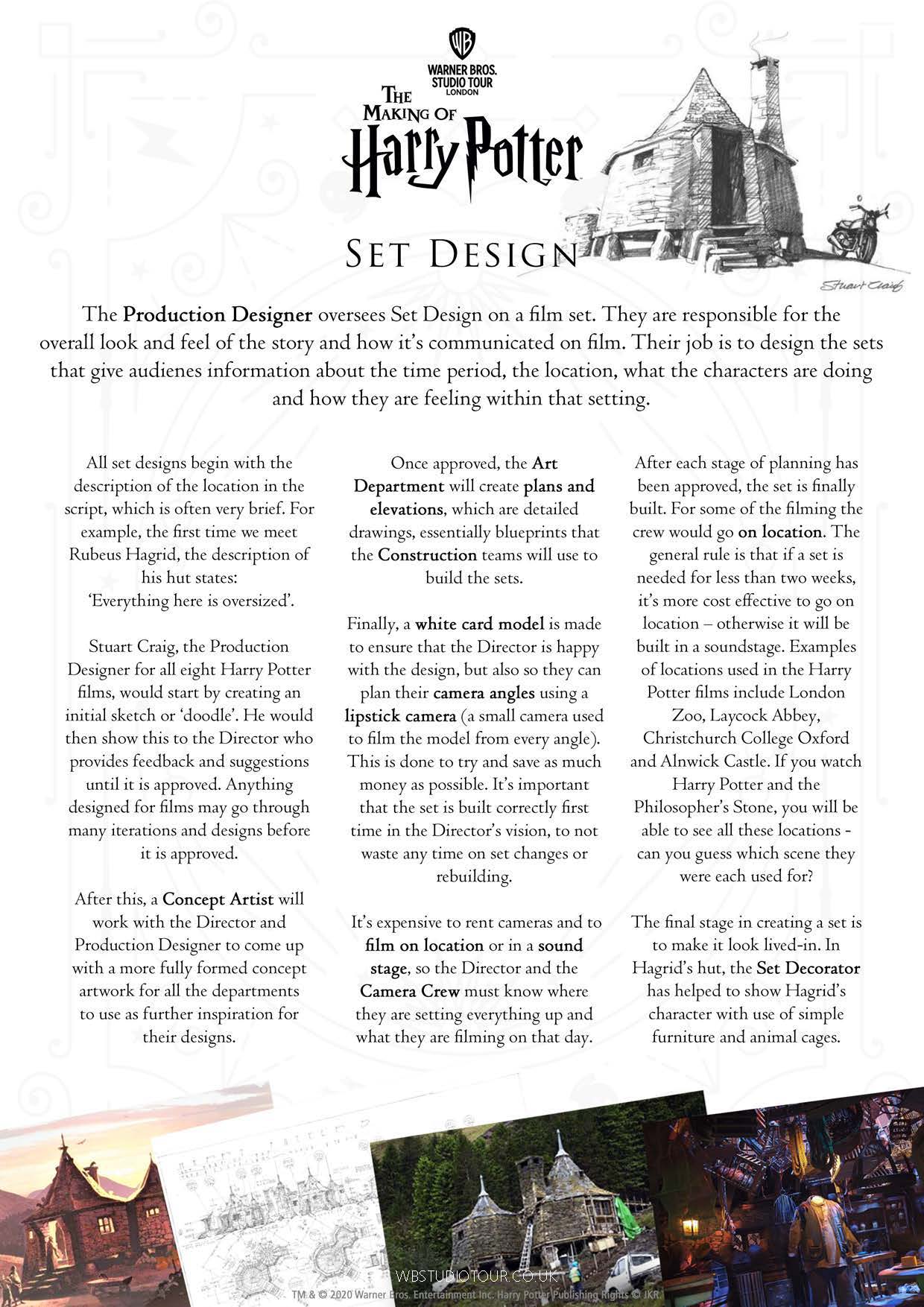 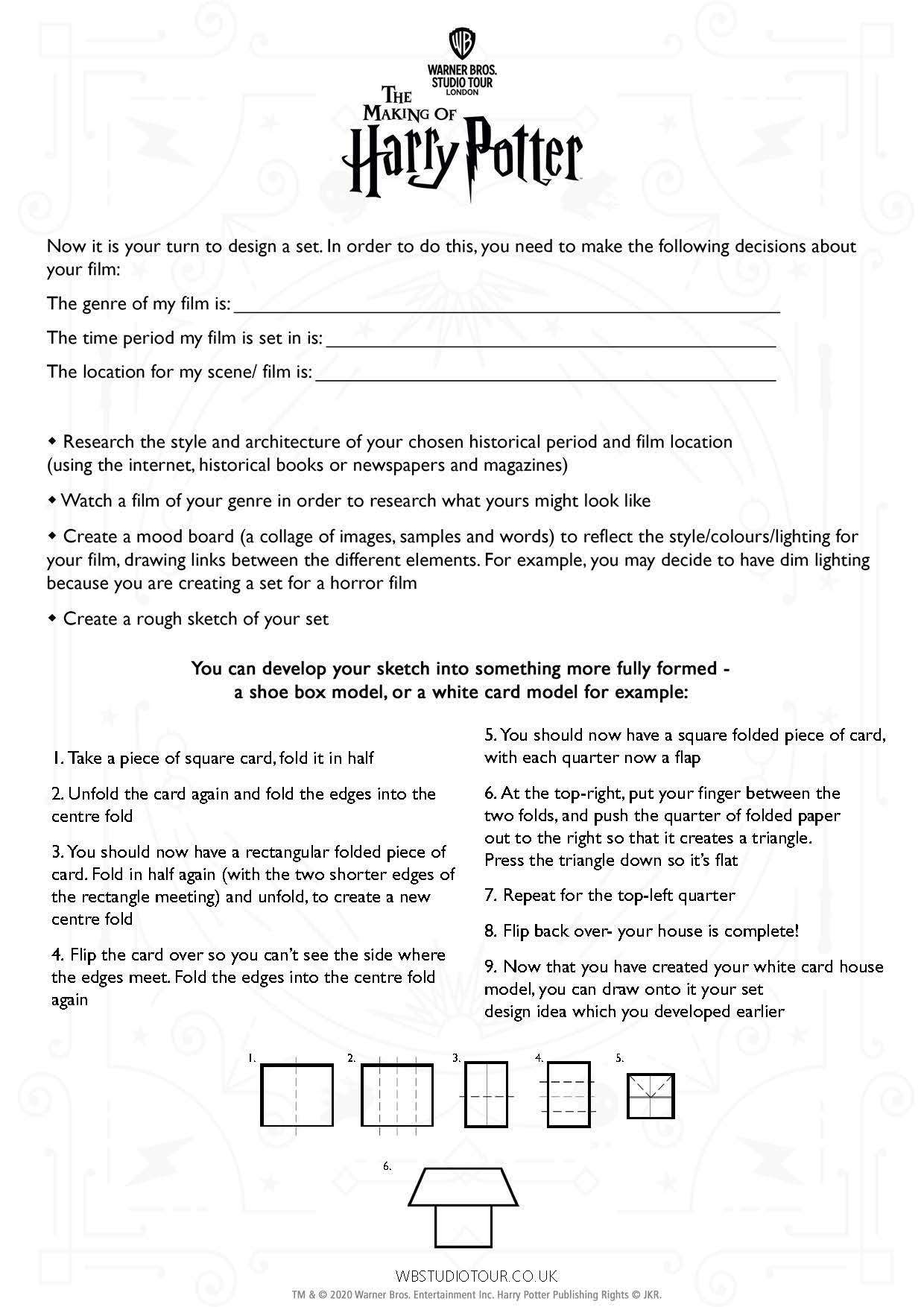