Brand new for 2022, we’ll be revealing the filmmaking trickery behind the Harry Potter film series and shining a spotlight on magical pranks and mishaps in our new feature, Magical Mischief.

During your visit, learn how your favourite mischievous moments from the films were brought to the screen in this exciting feature. Entering the Great Hall, you’ll recognise the set dressed for a Weasley prank on the peaceful O.W.L.s exam, complete with the swinging pendulum under the watchful eye of Dolores Umbridge. From the fan-favourite scene in Harry Potter and the Order of the Phoenix, the infamous pink two-piece costume of Dolores Umbridge will be centre stage and you can look up to see the playful Weasley twins’ costumes on their broomsticks suspended from the Great Hall ceiling.

Demonstrations throughout the Studio Tour during this feature include how clever camera trickery created the disappearing effect of the invisibility cloak and you’ll also be able to get hands on to make your own origami howler, just like the one Mrs Weasley delivered to her son in Harry Potter and the Chamber of Secrets.

We’ll be highlighting the magical mishaps that happen throughout the films including how the Special Effects Team created the infamous fireplace letter scene inside 4 Privet Drive during the filming of Harry Potter and the Philosopher’s Stone. Eagle-eyed visitors will spot a number of pesky Cornish Pixies on the loose around the Studio Tour and are invited to find them all and collect stamps as part of their Magical Mischief activity passport.

Please note, during our Magical Mischief feature running until 20th June, there will be lighting and sound effects used in the Great Hall to mimic fireworks. If you would like to bypass this area, please speak to a member of staff.

Make Your Own Howler 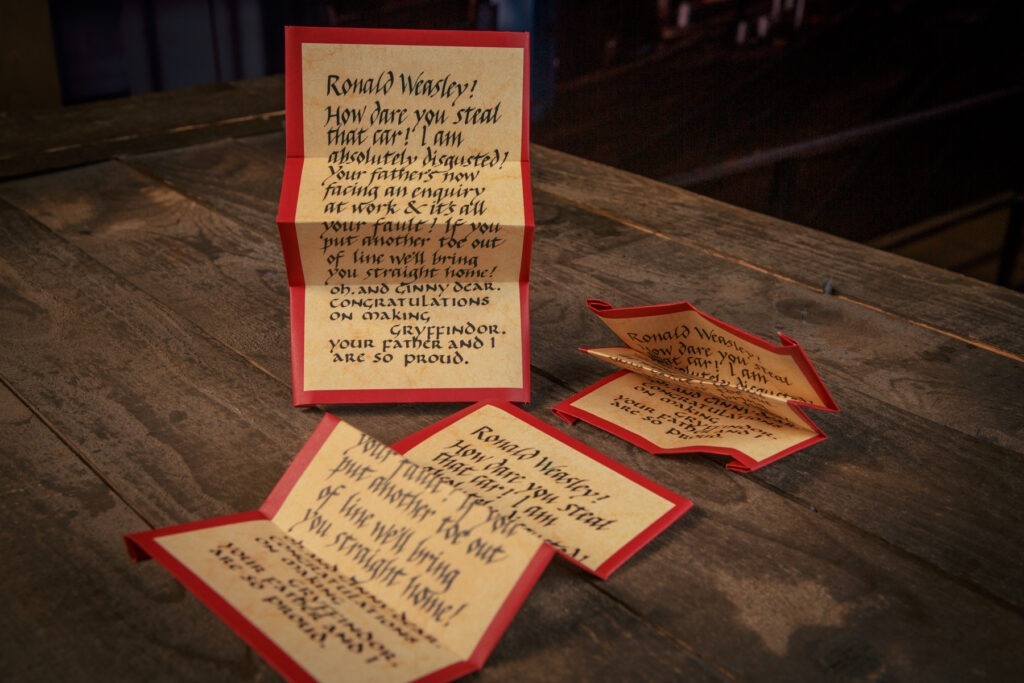 Create your own Origami Howler at home, just like the one Mrs Weasley delivered to Ron in Harry Potter and the Chamber of Secrets.
JOIN THE FUN