When making a film, people often approach film companies and ask for money to turn the film from an idea into reality. The initial stage of securing financial investment in a film is to pitch the idea.

A film pitch is a spoken presentation – no visual aids are used. However, to make sure the pitch sounds exciting and persuasive, a maximum of 25 words should be included.

“It’s about a boy who goes to wizard school.”

These nine words convinced Warner Bros. executives to invest in, and produce, the eight hugely successful Harry Potter films that we know and love today. 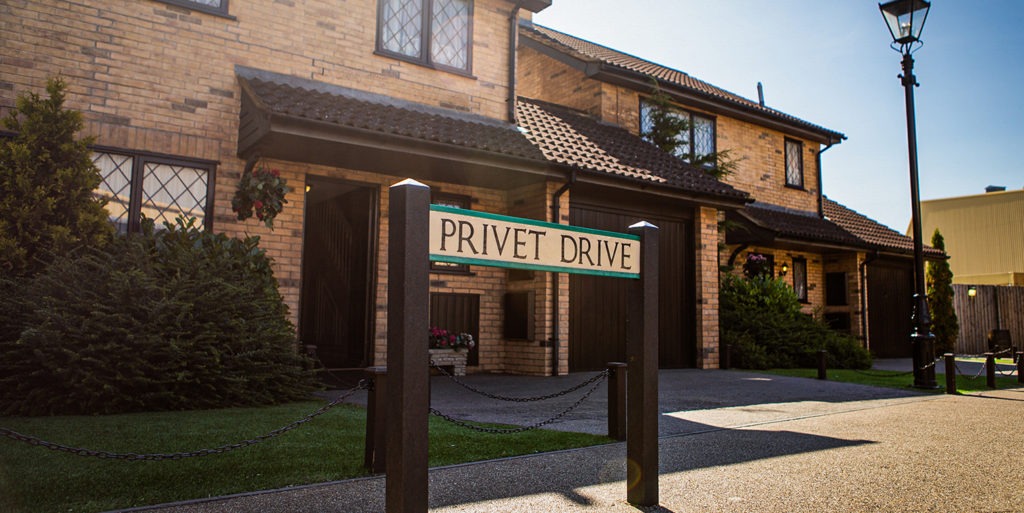 In a film pitch of no more than 25 words, we need to make sure that each word works to persuade the person with the money that our idea is worth financing.

Download our activity sheet and see if you can come up with your own film idea and create a pitch for it which explains as much information about the film as possible, whilst also being engaging and intriguing. You should include information about the plot, lead characters, location, time period and genre – can you do it in 25 words or less?

This is an activity for you to enjoy at home, we won’t be accepting or reviewing film pitches, but we really hope you’re enjoying learning more about the filmmaking magic of the Harry Potter film series! 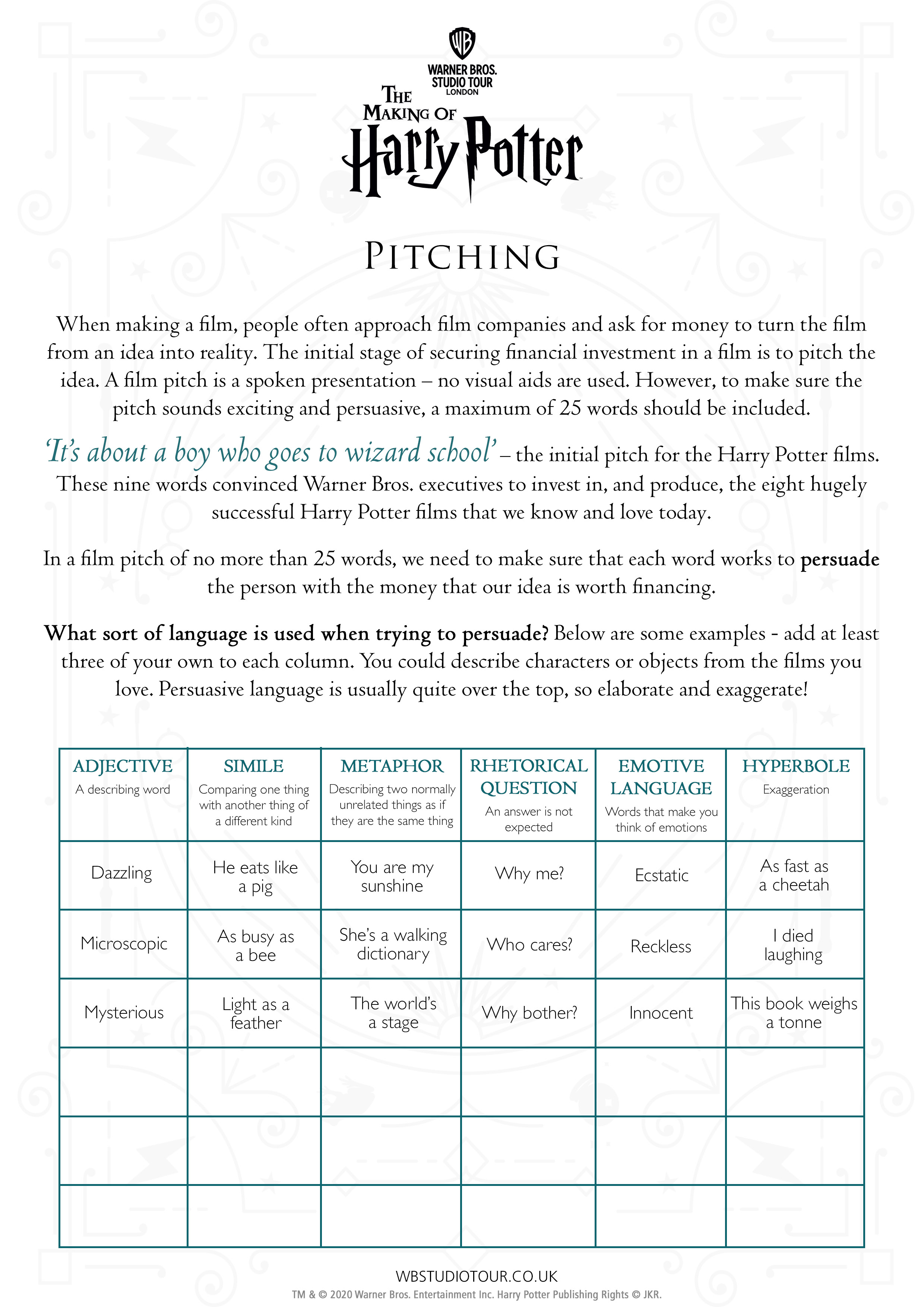 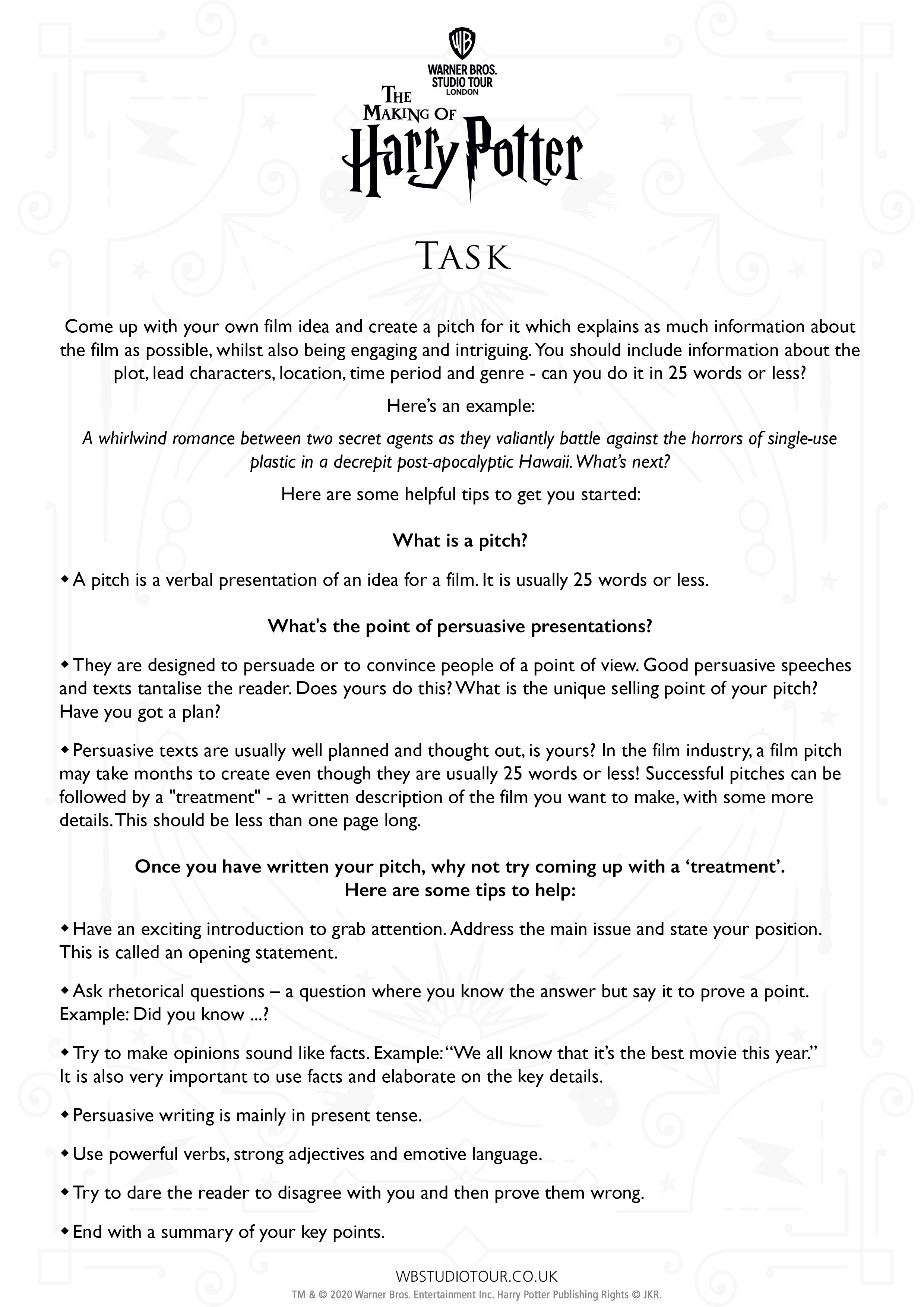